Our Journey to India

We are on our final descent into Patna, capital city of Bihar state and location of our conference. According to Operation World, this is a city of 2.3 million people. Bihar is considered the poorest state and has the second highest population density in the entire country. Its Christian population is 0.1% (that’s 1 out of 1000 people!).

The Lord spoke to my heart that this city is like Nineveh of old which had 120,000 people “who [could] not tell their right hand from their left…”  (Jonah 4:11). They are ignorant (not stupid) and unaware of the gospel, not unlike the Ninevites of whom Jonah said “Those who cling to worthless idols forfeit the grace that could be theirs” (2:8).

We are here partnering with Asian Partners and Asian Sahyogi Sanstha India (ASSI) to help bring the light of the gospel to millions who have not yet heard. What a privilege! 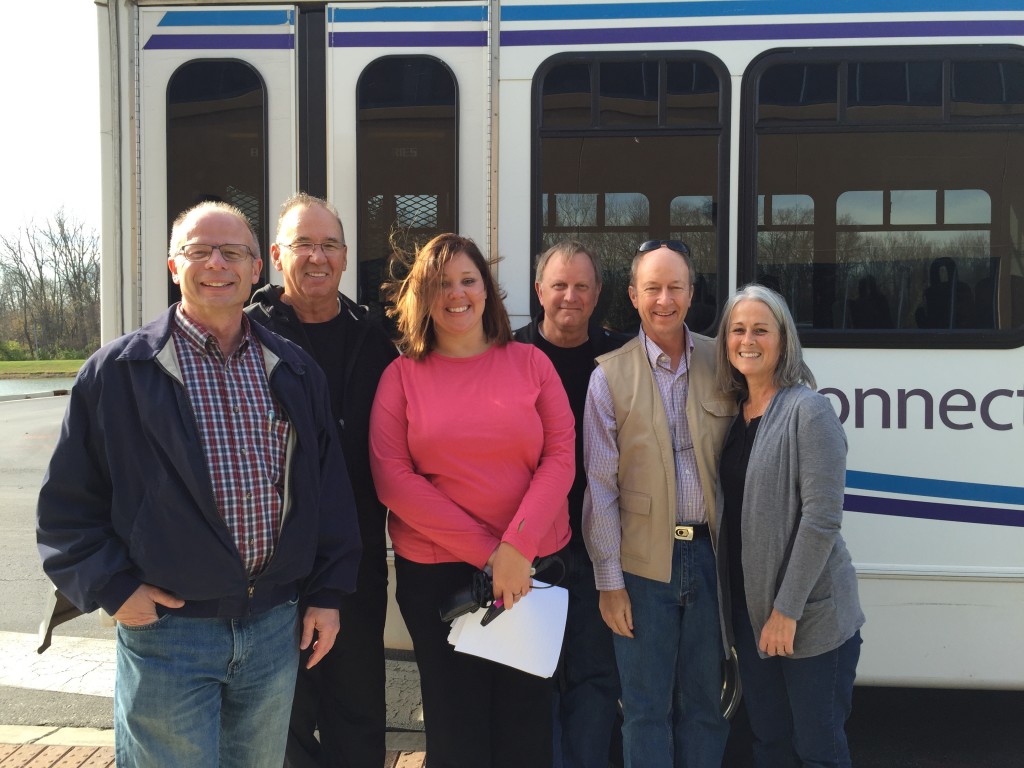 Yesterday was a “to the least of these” (Matthew 25:40) day. We visited an ASSI (Asian Sahyogi Sanstha India) CLC (community learning center) in a slum along the railway tracks in Patna. These are squatters, living on government land, who are dalits (the lowest of the Hindu castes). Despite the poverty, most of the children – who attend an ASSI school that prepares them for the public school system – were dressed in their finest. We saw many brightly colored beautiful clothes. And lots of smiles! 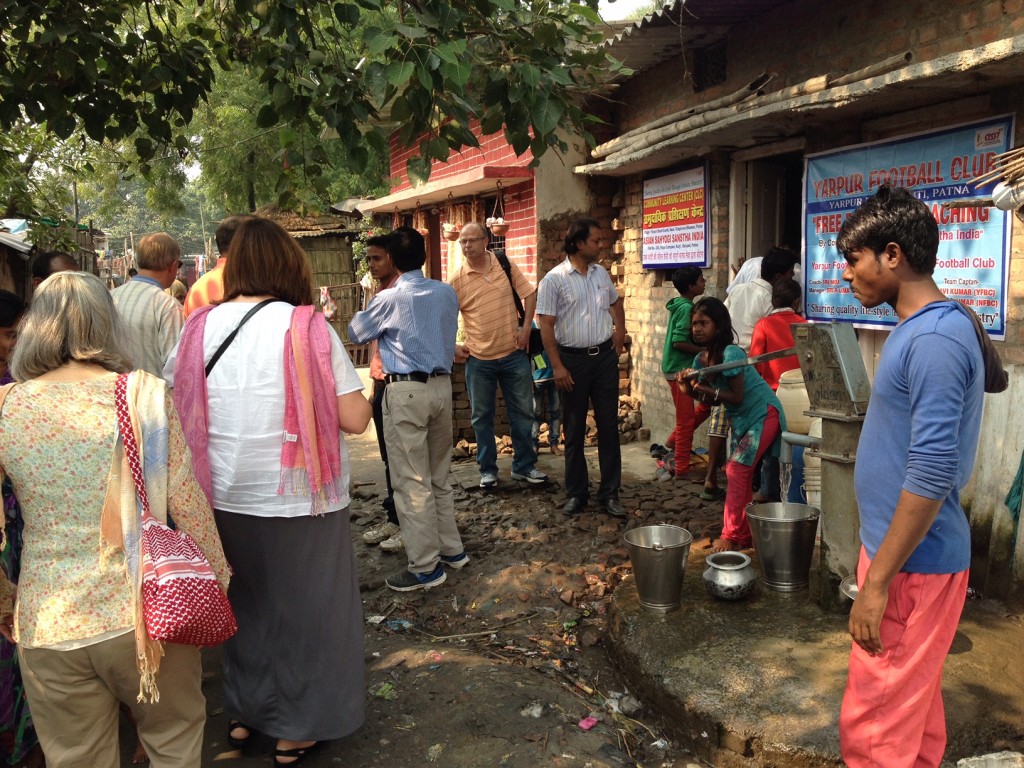 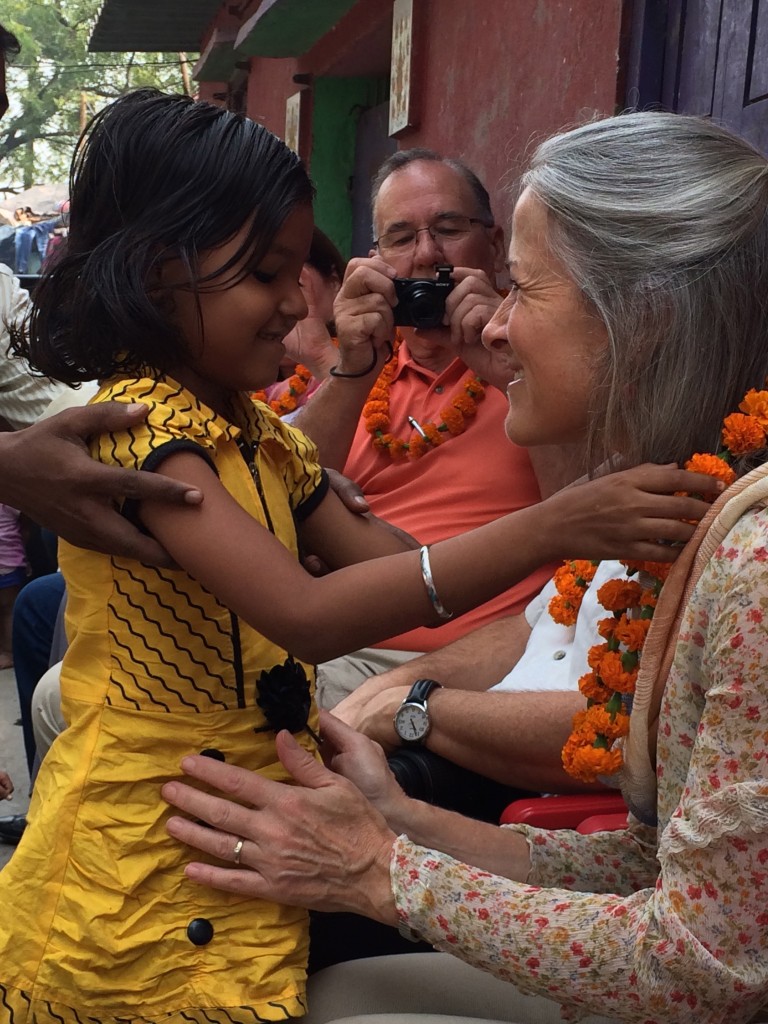 Children recited the alphabet and counted (in English) for us. One boy had memorized all the books of the Old and New Testament (I trust he was correct; my Hindi couldn’t keep up).  We met the boys soccer team (this sports ministry is a first for ASSI).  A group of four girls sang songs and performed a patriotic dance for us.  Boys from the soccer team also danced.  All this drew a crowd of perhaps 200 people.

Victor John and two or three of the local ASSI leaders spoke briefly.  The message that stood out foremost to me is that these children and their families are being told that they have worth because they are created in the image of God.

Victor told us afterward that they have already begun a house church in this area; the Kingdom is advancing! 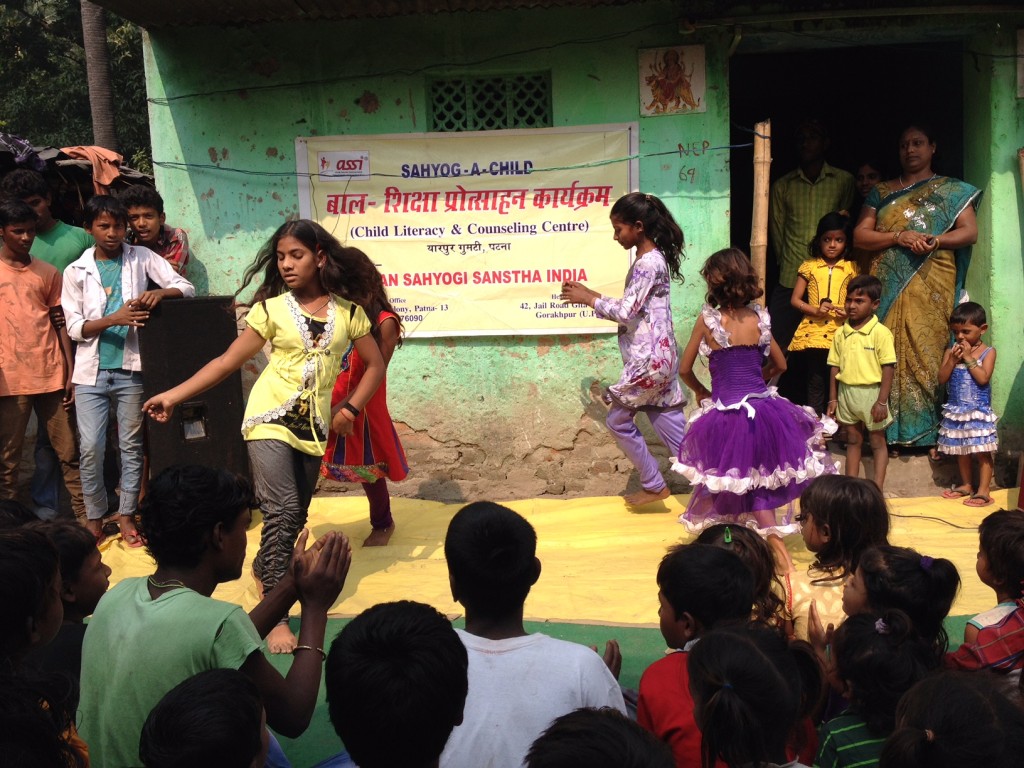 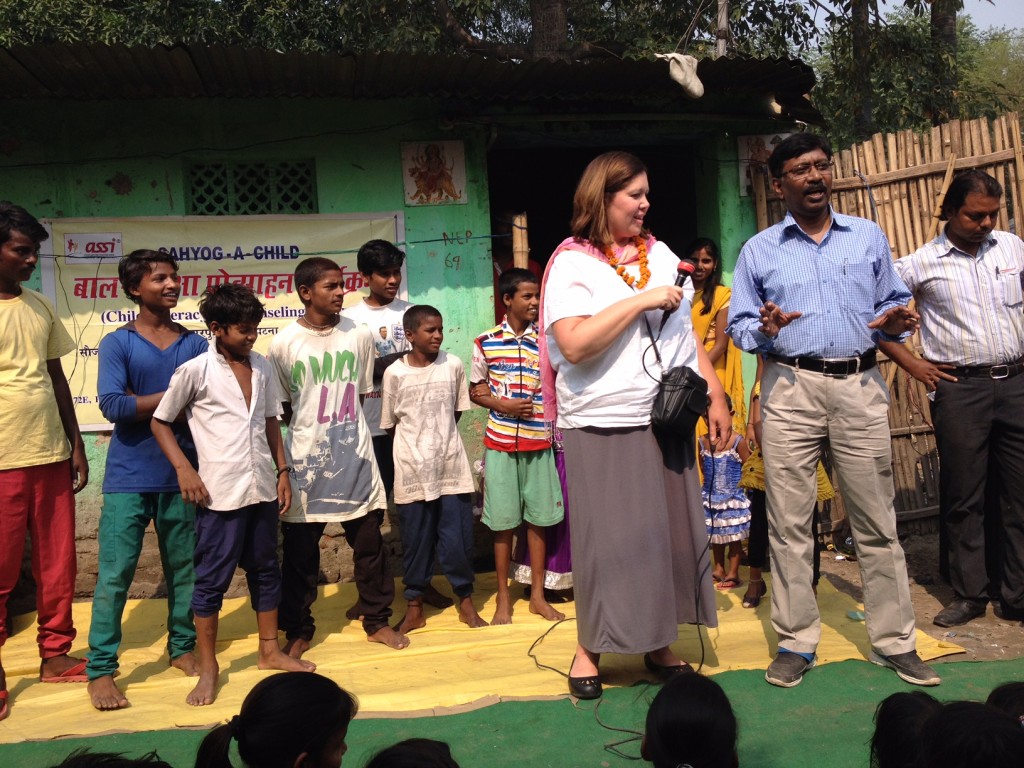 Yesterday we were able to enjoy an extra special treat, the dedication of the Magahi translation of the New Testament.  This project was commissioned and organized by ASSI, and now 30 million people have the Bible in their heart language!  (Magahi is pronounced “muggy”.)

There was a special dedication ceremony at the conference with much pageantry and two special speakers. This is not only the first translation of the Bible in this language, it is also the first book published in what until now has been a totally oral culture. Think of the literacy opportunities … and the literacy curriculum available to the church as they reach out to their fellow Magahi people! 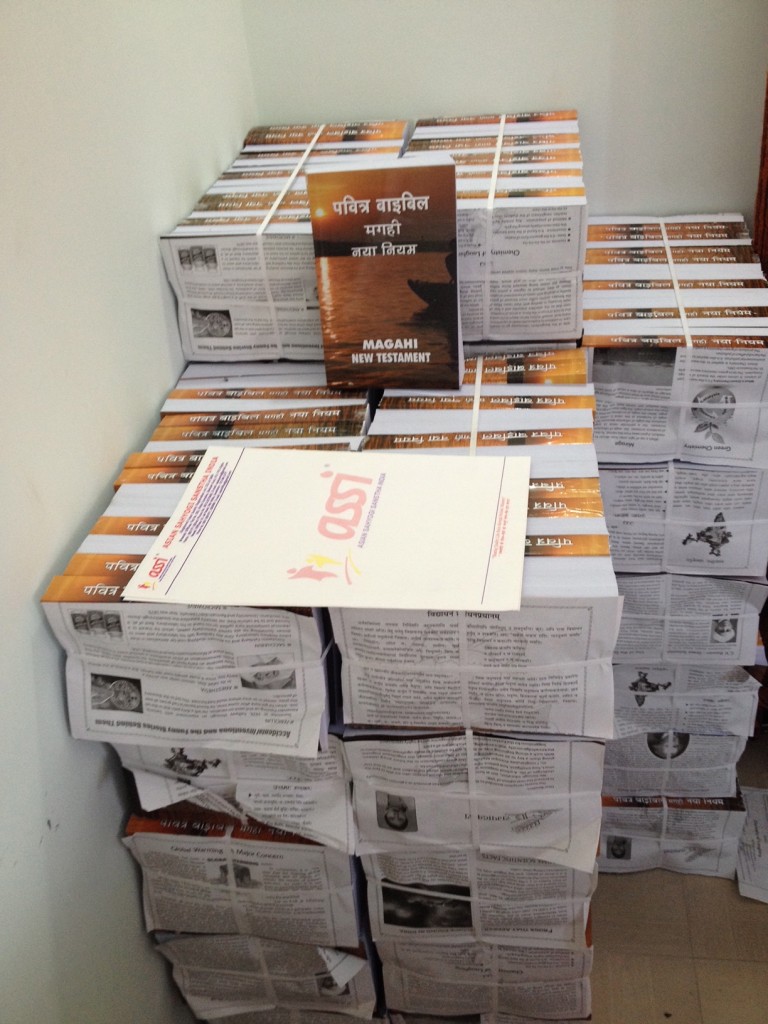 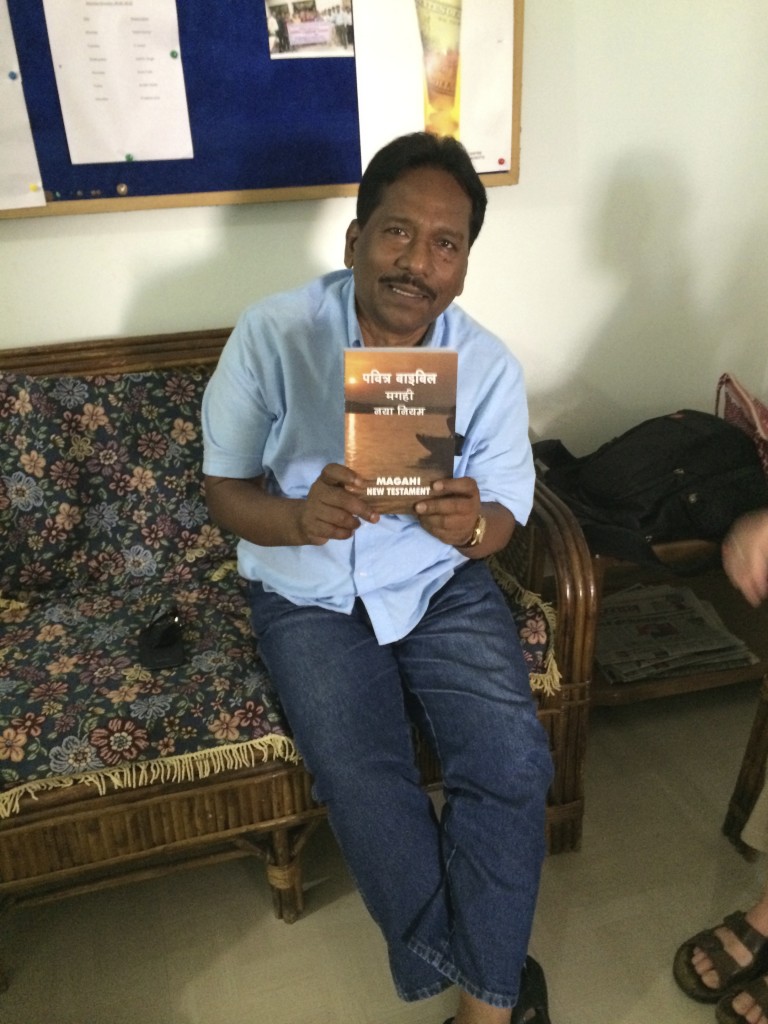