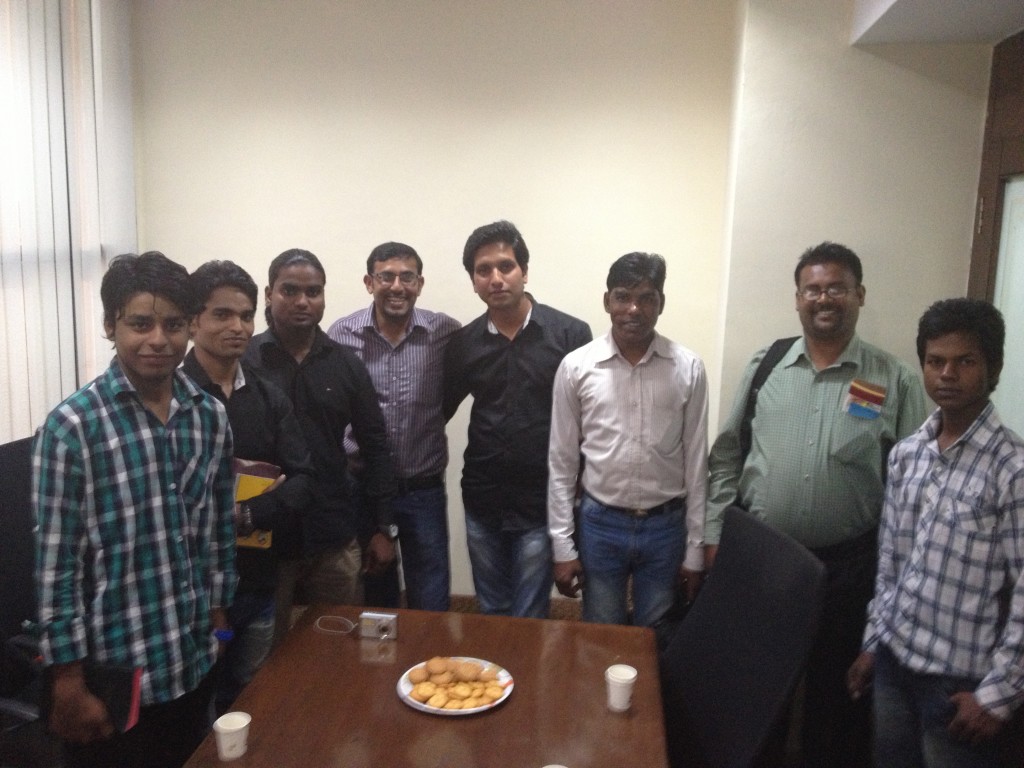 visited Haryana to explore the possibility of starting a new work in that State. They visited a small village that is approximately 90 kilometers (55 miles) from Delhi.  This village used to be a Muslim dominated area, but now there are more dalits (lowest Hindu caste) and a few families of the Jaat (Sikh religion) community living there.

Rajesh is from this village and had attended our trainings. He’s a laborer who works in the fields to earn his bread, but he is also very passionate about reaching the lost. After becoming a disciple, he underwent severe persecution.  Someone had desecrated the local temple and the blame was put on him. His brother’s house was completely destroyed; he was ostracized. At the initial stage, Rajesh used to meet with believers for fellowship under a tree in a field.

When attending a large training in Delhi, Rajesh brought with him 13 friends from his area, many of whom were reluctant to join him.  However, while attending the training in Delhi all of them were extremely blessed and moved.  Rajesh went back to his village with co-laborers and a team of disciples that were committed to making more disciples.  In a short amount of time there have been 16 house churches planted in Haryana.  These are simple men and women of faith obeying God and teaching others to do the same.  Pray for this new work in Haryana – that the good news of Jesus will spread quickly and powerfully!